Millions of people around the world suffer from a range of gastrointestinal symptoms. Worldwide, 12% of the population suffers from constipation[1]. In some regions, the prevalence of irritable bowel syndrome is as high as 23%.[2] One widely cited study concludes that normal bowel function is enjoyed by less than half of the population[3].

Results from one of the world’s largest clinical studies on probiotics now show that the probiotic strain named BB-12® can be part of the solution by improving bowel regularity.

The study, recently published in British Journal of Nutrition,was initiated by Chr. Hansen in 2011. It included more than 1200 subjects in France, UK and Germany; all healthy but experiencing low defecation frequency and abdominal discomfort. The study has produced the largest dataset ever published from a randomized, placebo-controlled study on the effect of probiotics on bowel function.

Results from the study show that the odds for having more regular bowel movements were significantly higher when consuming the BB-12® probiotic strain for four weeks, compared to the placebo group. This verifies results from previous studies, and shows a clinically relevant effect of the probiotic strain on bowel regularity.

Mikkel Jungersen, Scientific Advisor, Human Health & Nutrition, Chr. Hansen, says: “Once again, it is confirmed that the BB-12® probiotic strain can bring significant gastrointestinal benefits to those who experience digestive issues. What is truly unique about this study is its size, of more than 1200 subjects varying in age from 18 to 70, which has resulted in the largest dataset available on the effect of probiotics on bowel function”.

The best documented Bifidobacterium in the world

The BB-12® probiotic strain originates from Chr. Hansen’s culture collection, and has been used as an ingredient in food and dietary supplements since 1985. Over the last 30 years, more than 170 clinical studies have shown that this probiotic strain has a positive effect on the immune and gastrointestinal system. Today, it is consumed by hundreds of millions of people all over the world every day.

For more information on the study or on the probiotic strain named BB-12®,please do not hesitate to contact Mikkel Jungersen, Dkmkj@chr-hansen.com or visit the product website.

E-published ahead of print online September 21, 2015 in British Journal of Nutrition.

[1] A multinational survey of prevalence and patterns of laxative use among adults with self-defined constipation. Alimentary Pharmacology & Therapeutics; 2008. 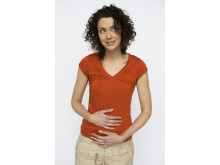